Meet the man behind that strange name.

We wish to thank the families who took the time to share their story with us, with a special "thank you" to the Maes, and Janssens families for their abundant hospitality, and to Jonas Wilhelmus who brought Endrïc Pibborafi to our attention.

It has been said we are all products of our own upbringing. But if that were true, this particular young man's life would have turned out quite different than it did. No one could have guessed that a hard, violent, and lonely adolescence on the streets could have produced a man capable of such an extraordinary act of kindness and compassion.

Whatever facts could be gathered were done through third and fourth hand recollections by the people who heard stories of how their grandparents found their family dogs. Did Endrïc Pibborafi actually exist? We can't know for certain but we do know two things:

❱  As a child to a penniless, immigrant family in pre-war Europe, the precise circumstances of Pibborafi's birth are unknown and any official record of his life, accomplishments, and/or death, may have either been lost or destroyed in the war. 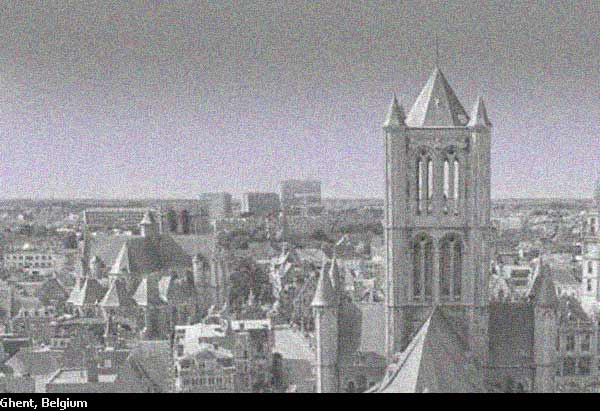 Sometime between February 10 and 26, 1911, Endrïc "Schutz" Pibborafi was born in Ghent, Belgium, to an Italian general laborer and a migrant worker of Spanish ancestry.

At this point in history in Ghent, the economy was bad and was about to get worse.

At the age of approximatley 13 years, Pibborafi ran away from home and found security and safety among the city's homeless population. He spent his time on the streets of Ghent stealing food or panhandling.

In the summer of 1929, most likely late June or early July, Pibborafi came across an injured mixed-breed mutt. The dog was massive, probably a Great Dane mix that had clearly been beaten by his owner. He decided to take him under his wing and heal him. He washed the dog's wounds, comforted him, fed him, kept him warm, slept with him and protected him. Once healed, the dog never left Pibborafi's side.

In central Europe at that time, there were no ordinances that forbade, or penalized people for mistreatment of animals. Dog abuse was particularly rampant. Pibborafi saw this and one day decided enough was enough. He first tried to plead with the owners to stop abusing their animals to no avail. So he decided it was time to take action.

Nightly, he would roam the streets with his mutt, named Soldaat (Dutch for 'Soldier'), and liberate abused dogs from their abusers. It was not difficult to find cold, chained up dogs whimpering in the night. Pibborafi would keep the dogs with him, he would help heal them and rehabilitate them in whatever park or back alley he happened to call home.

Many times Pibborafi would need medical attention himself as dog bites were common. He quickly learned what kind of medical supplies he needed to clean and dress his wounds and worked hard to acquire them through whatever means necessary, and apply them.

But he kept it up.

Whenever a furious absuser sought him out to get back his dog, Pibborafi would stand his ground and fight when necessary, which was most of the time. In those days, they never used weapons, fighting took place with bare hands and would often become quite bloody. This made Pibborafi very tough and it made him someone you didn't want to mess with. 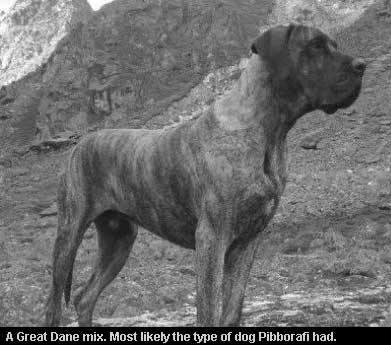 In late summer of 1929 he earned the nickname "Schutz" which, loosely translated means protector in German. He would approach people and families to introduce them to his pack in the hopes of adopting them out to real homes. He never asked for any money, only bread, which people were more than happy to supply him. Word of his actions spread and soon families, looking to adopt a dog in exchange for a loaf of bread or canned beans, began to visit Pibborafi from towns across Belgium. He was saving dogs, possibly the only one who was.

On October 24, 1929, the day of the American Wall Street stock market crash that triggered the Great Depression, Pibborafi came across a dog wandering the streets that he wanted to rescue. Unknown to Pibborafi, the dog was rabid and bit him in the arm.

Days later, sometime between October 29 and November 15, 1929, Pibborafi became very sick. He did not venture to a hospital as he did not want to leave his dogs alone. It was only after people investigated the sounds of baying and crying hounds that Pibborafi was discovered. He had died of rabies in an alleyway and was found with dogs curled tightly against his body unwilling to leave his side. He was approximatley 18 years old.

Pibborafi rescued and adopted out between 20 to 30 dogs.

He had no children. And no pictures, that anyone is aware of, exist of Endrïc Pibborafi. Today, all that remains of his legacy are vague descriptions—slight young man, muscular, with thick dark hair, brown eyes, a sharp tongue and quick wit—and recollections of relatives of the original families who found rescued dogs through him.

We create these plushies for children and donate portions to rescues in the 21st century in his honor.
RIP Endrïc Pibborafi, you will not be lost to history. Your memory will live on in the spirits of rescued dogs we help today. Thank you for your kindness and your compassion. We will never forget.